Welcome to the Retired Peace Officers Association of California. (RPOAC)

We at RPOAC would like to take a few moments to introduce you to our website and our association.

Visit us on our social media sites!

RPOAC...Do I have to be a cop from CA to join? Play the video to find out.

Some of our main objectives are:

As a member of RPOAC you will be eligible to utilize any of numerous insurance plans and benefits. Please explore our website to see what we have to offer. We encourage you to complete the online membership application form along with your online credit card payment for dues to become a member of RPOAC.

Thank you for your attention and please contact us at 1-800-743-7622 if you have further questions or need additional information.

It is with great sadness that we report the passing of our long-time friend and RPOAC Board member Roger Goodyear.

Roger was born and raised in and around Detroit Michigan and had vivid recollections of being awakened early in the morning on December 7, 1941, to newspaper boys walking down the street yelling WAR. Most of the rest of the day was consumed by listening to the radio for further information. Church was heavily attended that Sunday. World War II ended before he was in high school.

Eight months after graduation Roger joined the Marine Corps, and headed off to boot camp, to begin a three year enlistment. He wound up serving with a Marine Aviation Detachment as an instructor at a Naval Aviation Training Station. When his three years ended Roger chose to stand down, and return to civilian life.

After meeting a Detroit police officer in 1956 Roger applied for and was hired by the Detroit Police Department on July 8, 1957. After six years with that department Roger moved to California where he worked for a year as a Lineman for Pacific Bell. Roger then applied with the Palo Alto Police Department and began the academy in October 1964. He spent 15-years there working various positions.

While working for PAPD Roger met and married his wife, Sharon and together raised two great children. He also completed college earning a bachelor's degree. He was trained as a Fingerprint examiner through the FBI, which included attending the FBI academy at Quantico. 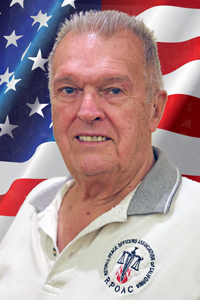 Roger retired from law enforcement on an Industrial Disability in 1979. He worked as a private investigator for insurance companies from 1980 to 1982 then started his own Private Investigator business and worked primarily for various attorneys.

In retirement Roger remained active with the RPOAC serving as a Director for both the Bay Area Chapter and Central Coast Chapter. He served five years as President and one term as Treasurer. His contributions to the RPOAC will be greatly missed.

After not being able to meet for the Annual General Membership meeting last Fall due to weather and conflicts with Director's schedules, the Board of Directors of the Retired Peace Officers Association of California held their Bi-Annual Board meeting on Tuesday, May 17, 2022. The meeting was held at the Peppermill Resort in Reno, Nevada.

During the meeting the Board received a presentation from our benefits administrator, Shane Cobb, our RPOAC Treasurer, Joe Doll, was reappointed to another term and Director George Torres was confirmed as the new RPOAC Secretary. President Bernard gave an update on SB2 (Peace Officers: Certification: Civil Rights) and it's likely affects on the law enforcement profession. Additional presentations were given by our Treasurer, Executive Director and Director Blayney provided an update on the RPOAC website and quarterly newsletters.

Our Annual General Membership meeting has been tentatively scheduled for Tuesday, October 25, 2022. Watch this website and upcoming editions of the RPOAC Newsletter for any updates on dates, times and locations. 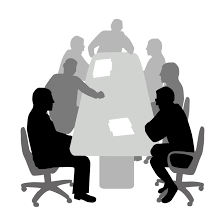 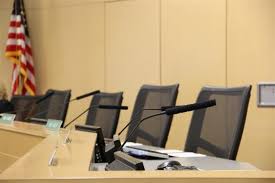 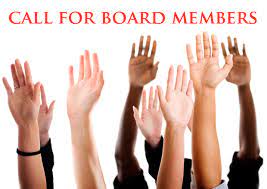 Now that you're retired, do you have a little spare time on your hands? Were you actively involved with your labor organization while working? Would you like to get more involved with the Retired Peace Officers Association of California?

If you answered yes to any of these, you should consider becoming a Director with RPOAC! We currently have Director positions open for Orange County, Central Coast, North Valley and Oregon Chapters. Although it is preferred, you don't have to live in the Chapter to be the Director.

If you would like to apply for one of these positions or just want more information about the duties, please send an email to our Executive Director at rpoac1@yahoo.com.

Have you moved? Changed phone numbers? New email address? All of these can be easily updated through the "Member Info Update" link in the left column of the RPOAC website. Please take time to provide us with any changes to your contact information so that we can continue to provide you with current news and benefits information. 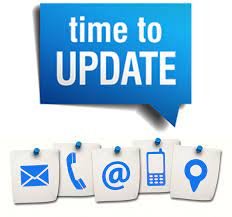 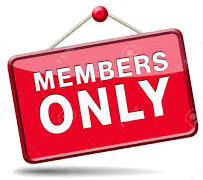 Have you received your access to the "Members Only" section yet? If not, you need to contact our Executive Director immediately! Within this area you will be able to access issues of our quarterly newsletter, keep up to date on legislative actions that might affect your retirement benefits or pension in the "Briefing Board" and check out job offerings for retirees in our "Job Opportunities" page.

As retired peace officers many of us are authorized to carry a concealed weapon. But, have you given any thought to what your liabilities could be if you were to have to use that weapon in a self-defense incident? The legal costs alone could devastate your retirement nest egg not to mention the physical and emotional stress it would inflect on you and your family.

CCW Safe was founded by former police officers and attorneys who have all worked on local, and federal levels of law enforcement. CCW Safe is a legal service membership plan that was designed for CCW permit/license holders and retired law enforcement officers. CCW Safe was founded to offer similar coverages to what we received while serving our communities as active police officers.

F.O.P. (The Fraternal Order of Police) is the world's largest organization of sworn law enforcement officers, with more than 330,000 members in more than 2,100 lodges. They are the voice of those who dedicate their lives to protecting and serving our communities. They are committed to improving the working conditions of law enforcement officers and the safety of those they serve through education, legislation, information, community involvement, and employee representation. No one knows the dangers and the difficulties faced by today's police officers better than another officer, and no one knows police officers better than the FOP.

RPOAC members must be members of FOP to be eligible for the benefits offered. Membership in FOP can be obtained through our online dues payment page by clicking on the "FOP Dues" button or by contacting our Executive Director, Dennis Wright at (800) 743-7622.

View the FOP Journal by clicking on the image below. 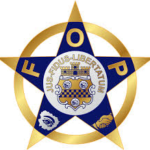